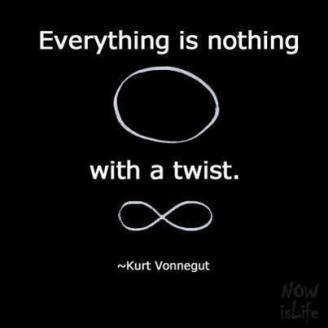 Students should be given time to explore the common thread between concepts in science. To facilitate, the instructor must be knowledgeable, engaging, and patient. Below, a student submitted a writing sample from an assignment involving time traveling interviews with the developers of the periodic table.

There are several men who worked with the atoms, but I’m only talking to and about three. The three atomic men I’m talking about are John Dalton, Ernest Rutherford, and Aristotle. There are also several men who work with the periodic table, but I’m only talking about three of them. The three periodic men are Mendeleev, Henry Mosley, and William Ramsey. I will be talking to these six men and asking them questions about what they did and why they did what they did. I will be using the information I get from these six men to come up with an element.

The three atomic men I’m talking to and about are John Dalton, Ernest Rutherford, and Aristotle. I talked to John Dalton about his theories about the atom. I asked John Dalton “What led him to believe the theories he stated about atoms?” He replied “I believed that there was more to the measurable quantity of mass of an atom. “I also asked him “Were all of his theories proven to be correct?” He replied “No, two out of five of my theories were wrong. I talked Ernest Rutherford about his theory about atoms having a nucleus. I asked him “Why did you believe or what made you think that atoms had a nucleus?” He replies “I looked at the information the scientist before me had. I tried everything to make the fluorescent chamber work. So at last I tried a piece of gold foil, and not only did it work sometimes it deflected or bounced back.” I also talked to Aristotle about his theory. I asked him “why did you think matter was continuous?” He replied “I believed that there was more to it than nothing at all.”

I’ve looked and read over the information I’ve received from the three atomic men and the three periodic table. I think I’ve finally might have come up with a new element. The name of the new element is Chrison. Its atomic number is 117 and its atomic mass is 270. The unique thing about this element is not only is it a halogen but it’s the last halogen on the periodic table.